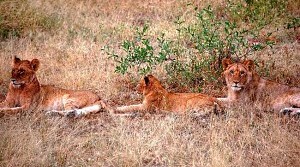 Near the end of our safari, we saw an enormous Cape buffalo alone in an open field. As we drew closer, we could see he was walking slowly and continuously in a circle about 10 yards in diameter. Cape buffaloes can weigh more than 2,000 pounds and are so strong that it takes three lions to bring one down, but something obviously was not right with this one. I asked our guide what was causing this strange behavior.

"He is sick," Raymond answered. "He is old and not healthy and the herd has left him. The lions will kill him."

We had seen lions that day not more than a mile in the distance, and as I looked at my companions I could see we all wished we could do something to help the poor fellow. But that was impossible, of course. We were witnessing another part of the cycle of life, as we had when we watched point-blank as the lions devoured the zebra. The buffalo's odd, aimless march would attract the lions that would end its suffering. It was nature's way of turning the page. 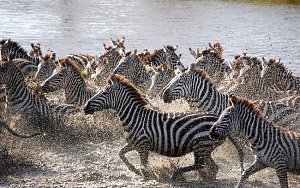 It was about this time that I began to understand what the guides had been telling us, that the genius of nature is everywhere you look.

Sharp-eyed zebras travel with wildebeests, which are known for their keen sense of smell, because they fear the same predators and each compensates for the other's weakness.

A black-faced vervet monkey screeches a warning to its family in one of three distinctly different tones, depending on whether the threat comes from an eagle, a snake or a leopard. 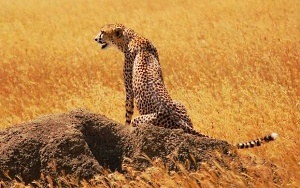 Elephants grieve when a member of their small family dies, and will stop to gently touch the skull and tusks with their trunks, long after scavengers have picked the bones clean.

Even plants have defense mechanisms honed over the eons in the fight for survival. An acacia tree releases tannin when its leaves are eaten by giraffes, which temporarily ruins the flavor and drives the giraffes away. Giraffes get a snack but don't eat enough to kill the tree, which lives to provide nourishment for many years.

There is a system to it all, rhythms and rituals, a grand design.

And in the Serengeti, one's loss is always another's gain. 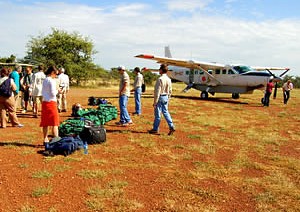 On the final morning, we left our tents at Kirawira and drove reluctantly to a landing strip and waited for our 18-passenger Twin Otter to arrive. It was a glorious, sunny day as the plane touched down on the grass and dirt and taxied up to our line of duffel bags. We said goodbye to our guides and soared into the bright blue African sky.

En route to Arusha, we buzzed an active volcano, Ol Doinyo Lengai (Mountain of God), and I took some pictures from my seat behind the captain. Then it was on to KLM and our long voyage home.

It's been awhile since I left Africa, and sometimes I can hardly believe I was ever there.

I am profoundly grateful to our Tanzanian guides -- Samuel, Bariki, Raymond and Pallangyo -- for their insight, unfailing good humor and patience with our endless questions. Their understanding of the history and botany and zoology of Tanzania was all the more impressive by virtue of how well they explained it all in their third language! If a copy of this letter finds its way to you, my friends, asante sana.

Thanks to our talented Tauck tour director, Susan. This was my first experience with escorted group travel and it could not have been better, and much credit goes to Susan for her skill at organizing and leading.

And finally, thanks to Tauck for the many fine touches they added and for making such an exotic experience both carefree and comfortable.

I expected that I might feel guilty intruding on the privacy of the animals in the bush, but I came to realize that properly managed tourism is the only way these precious and endangered game reserves can be protected.

In Tanzania, park fees from people on safari pay the rangers that protect the animals from those who would hunt them to extinction for fun and profit. The government does an excellent job of minimizing the impact of the tourists. 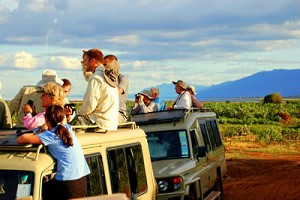 One of the things I paid close attention to was the degree of fitness required for the safari itself. Not counting the pre-safari hike on Kilimanjaro, which was not part of the package, there was very little walking involved in the trip. The most strenuous activity was standing on our seats with our upper bodies through the openings in the roof as we bounced along in rugged terrain. However, standing was entirely voluntary, and had we chosen to remain seated, as some did, there would have been no physical exertion whatsoever during the game drives.

Among our group was an 88-year-old man traveling solo who seemed to be enjoying himself enormously and had no problems. Herb, you are an inspiration to us all. 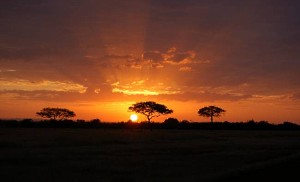 Today in Houston, cars rush by on the street below and another day in the office blurs into the rest. But on the far side of the globe, the moon has risen over Ngorongoro Crater and predators are on the prowl. Elephants thrash through the bush behind the Tarangire Sopa Lodge, and red-robed Maasai warriors watch their cattle under the twinkling lights of the Southern Cross, spears and knives at their sides.

Stars and sky, wind and rain, the hunter and the hunted.

Tanzania, may you long endure. 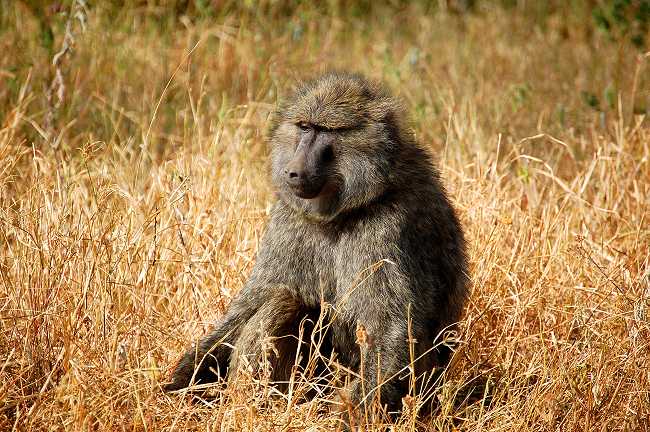 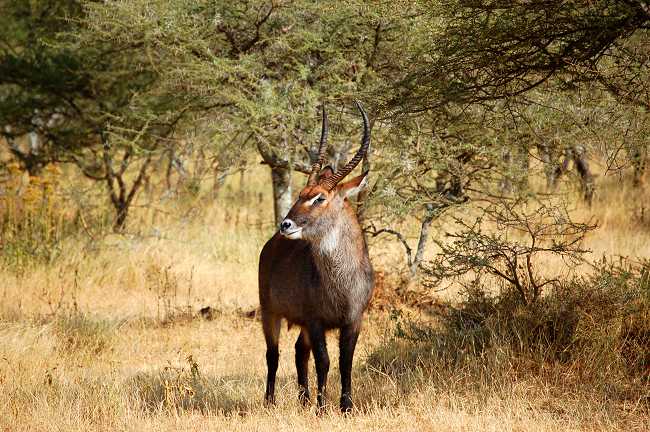 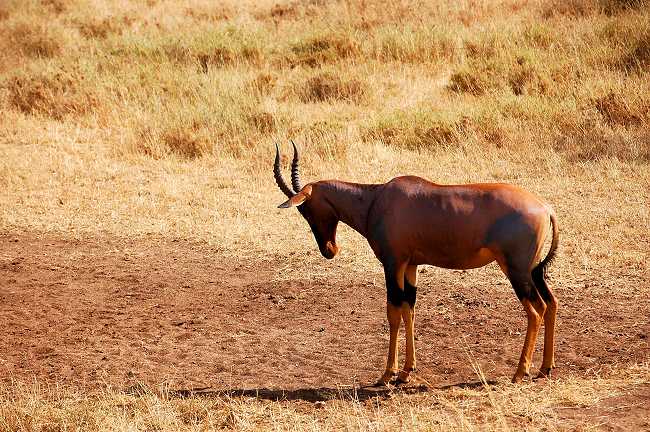 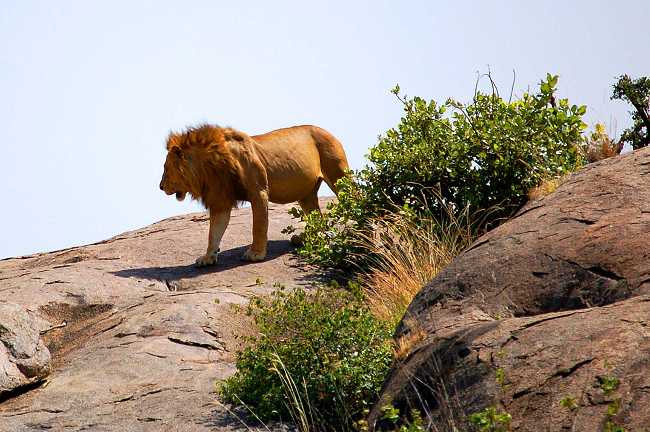 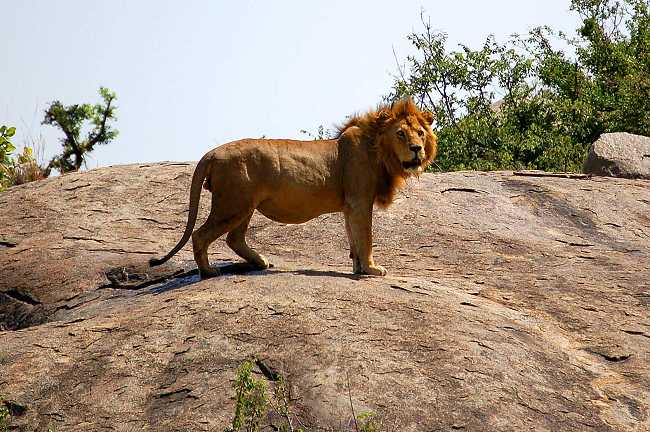 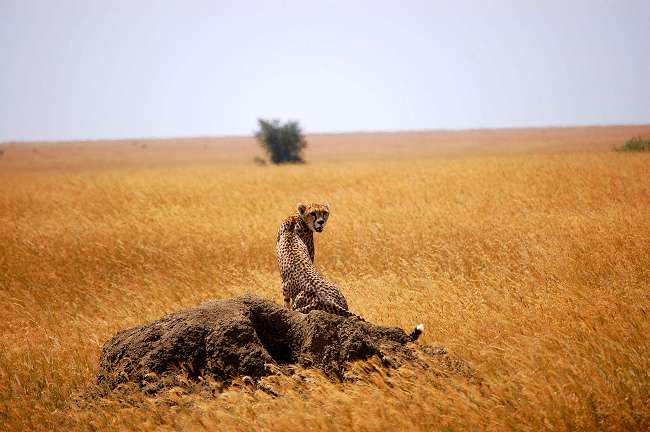 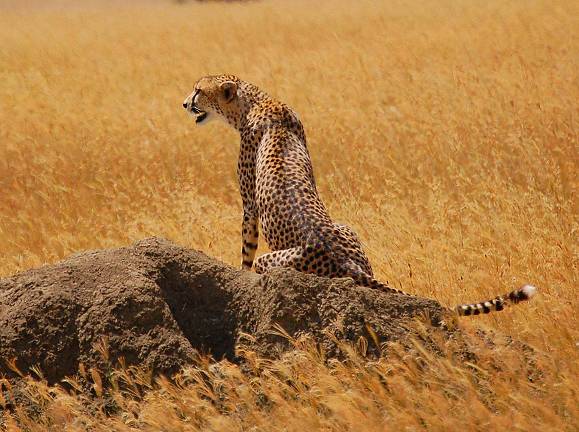 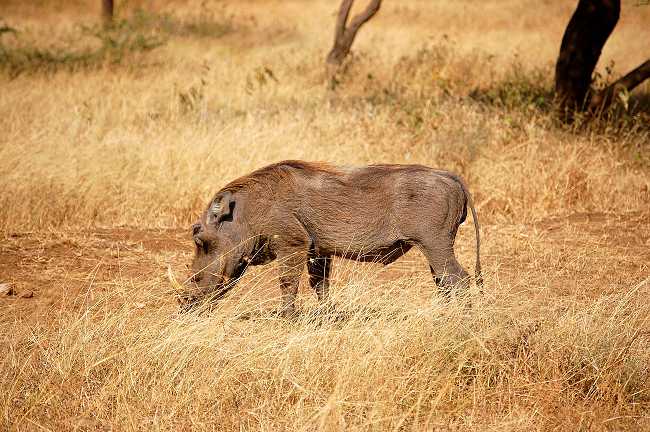 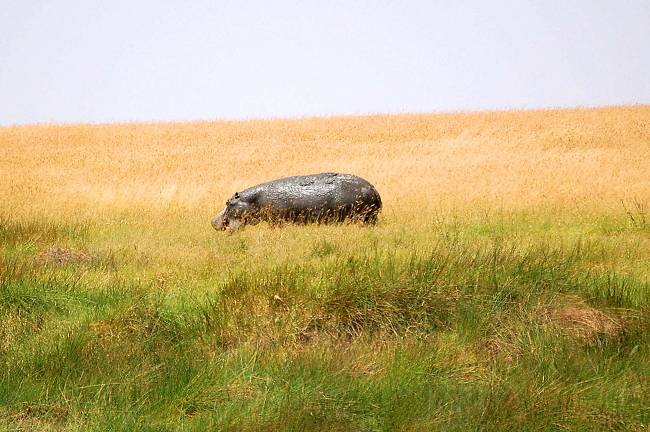 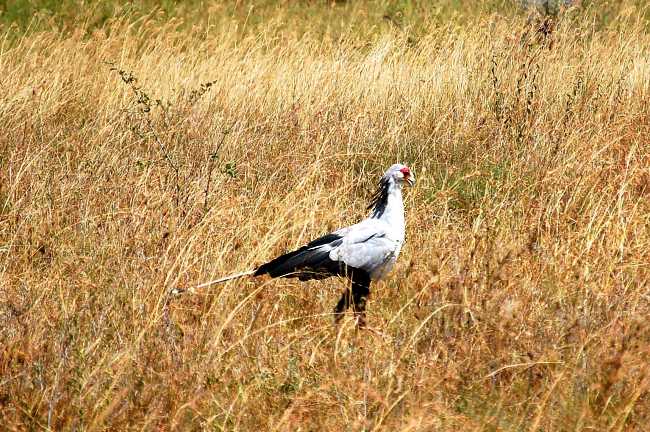 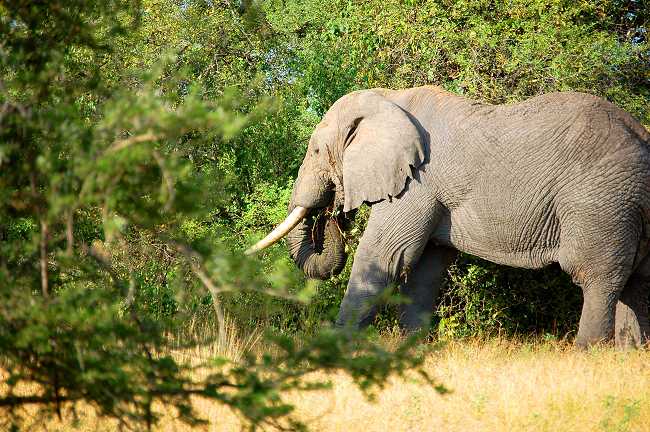 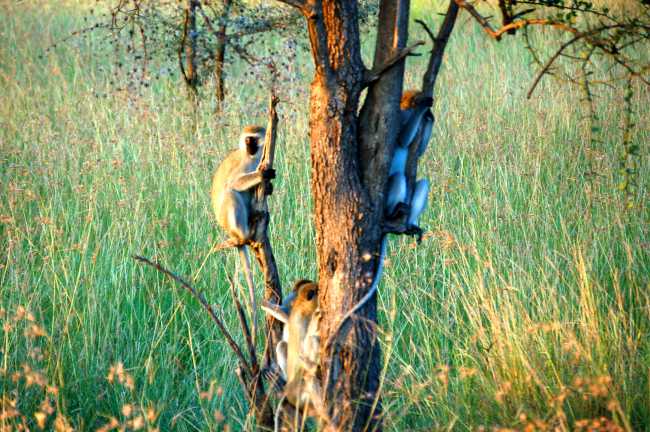 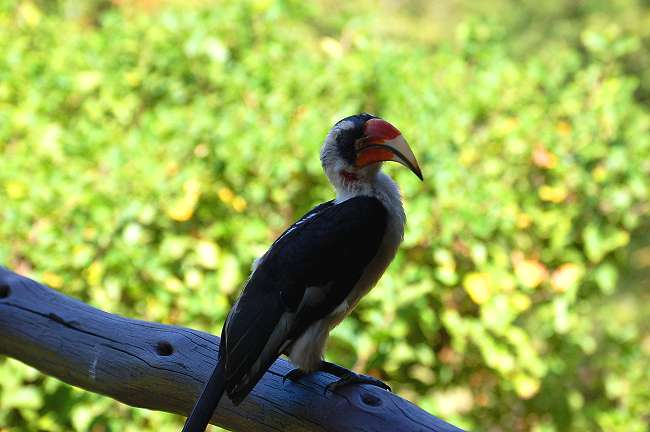 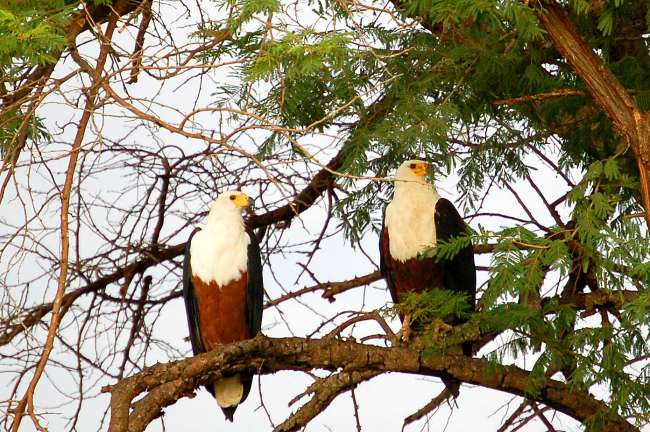 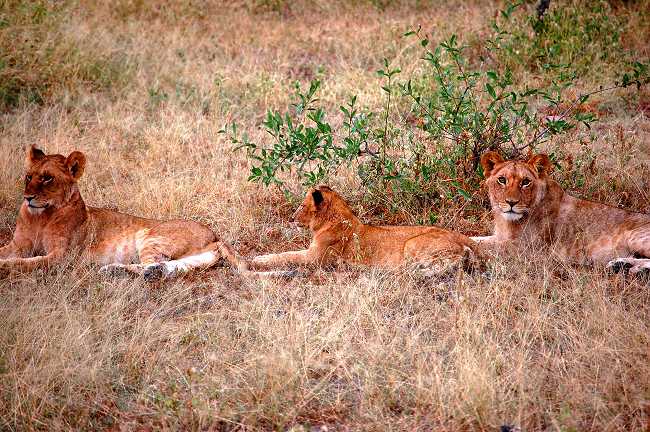 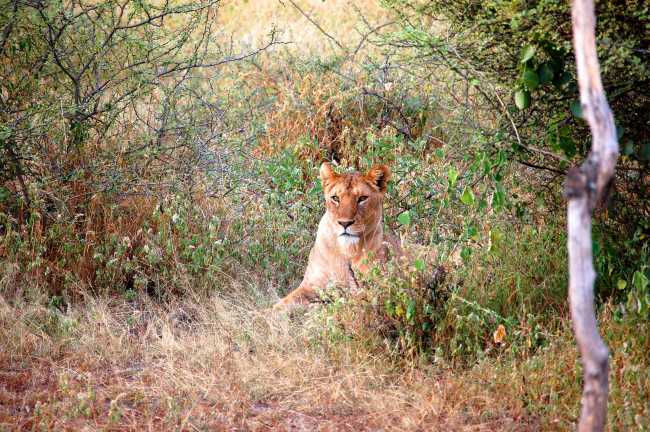 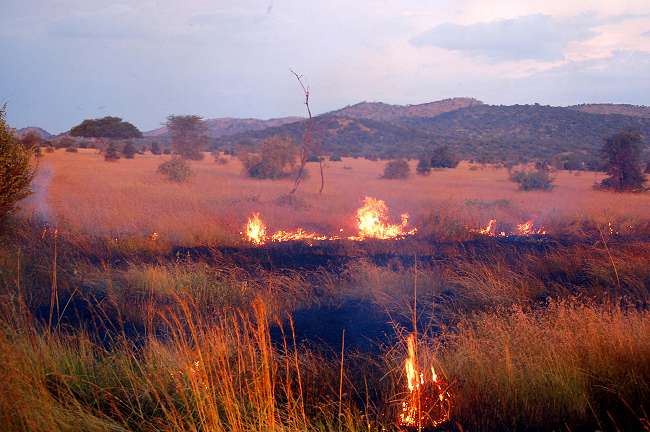 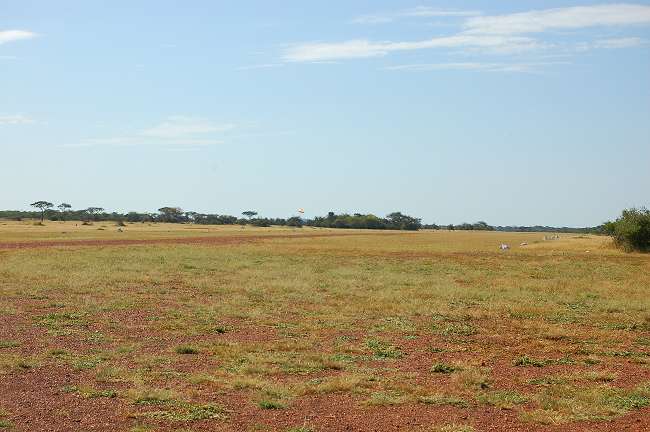 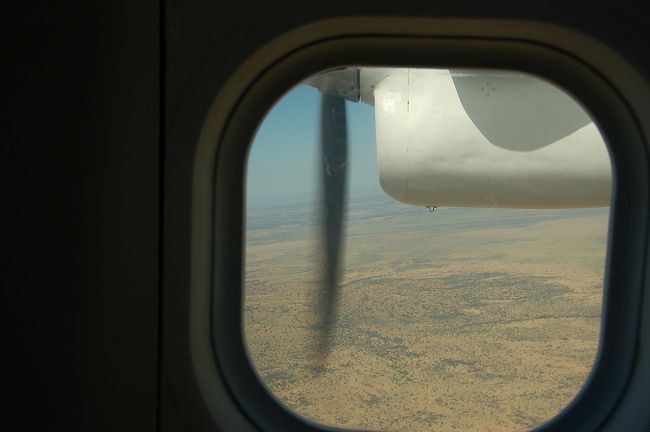 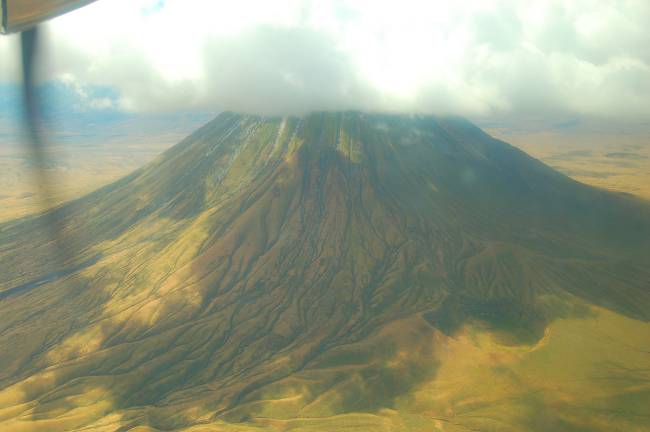 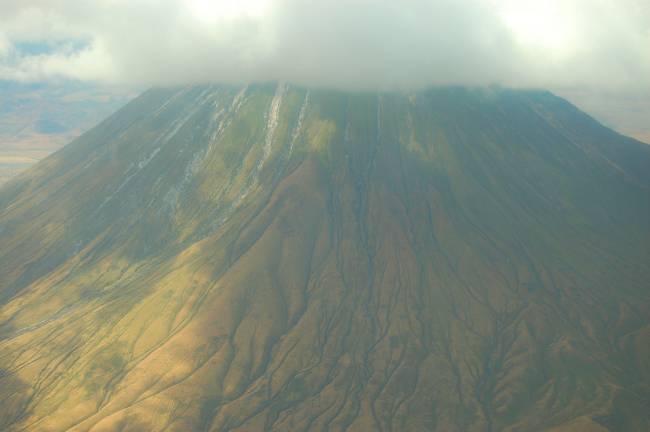 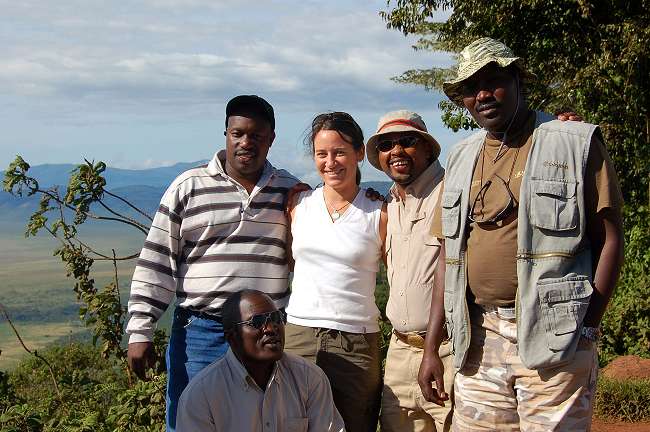 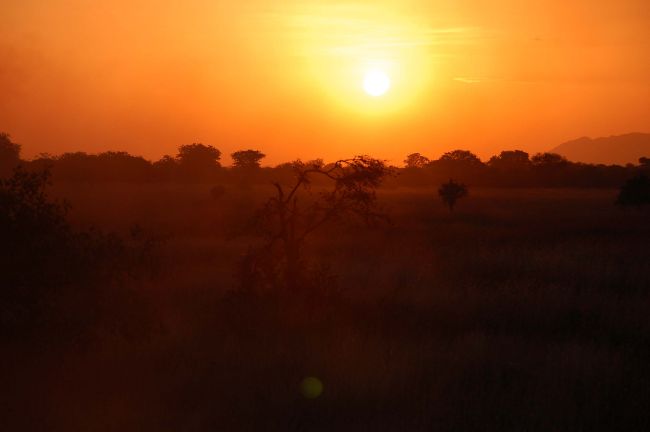 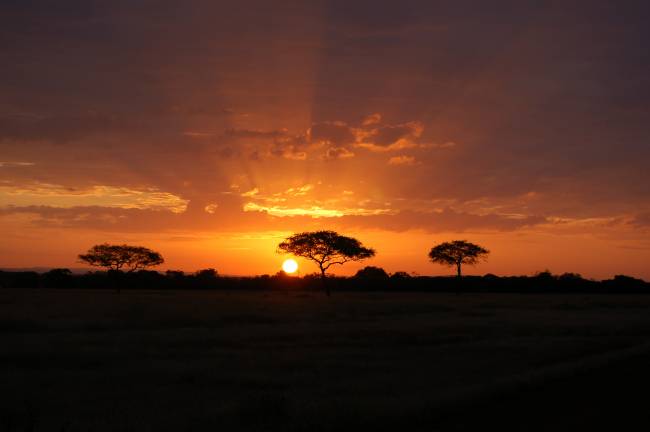