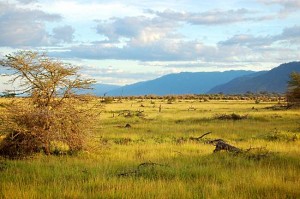 From the crest of a 1,200-foot hillside, I'm looking down at the Great Rift Valley, a geological wonder that stretches from the Middle East to Mozambique, in southeastern Africa. The valley is 4,000 miles long and 30 to 40 miles wide and is visible from the surface of the moon.

For 35 million years, the Arabian tectonic plate that includes easternmost Africa and the African tectonic plate that includes the rest of the continent have been drifting apart, forming this valley (which continues to widen) and resulting in the volcanic activity that created Mount Kilimanjaro, Mount Meru and others. If the plate movement continues for a few million years more, East Africa will separate from the rest of the continent and form a new landmass.

I am poolside at the Lake Manyara Serena Lodge, just outside Lake Manyara National Park. We are surrounded by a dense tangle of trees, shrubs and flowering plants, with countless white butterflies in perpetual motion. Our second stop on safari is older and more rustic than the Tarangire Sopa Lodge, yet still comfortable and well-staffed and possessing a spectacular vantage point.

Three miles in the distance, Lake Manyara shimmers in the sun, reflecting white clouds and blue sky on its glassy surface. Through binoculars, I can see pink flamingos in flight over a green, swampy area bordering the lake. Up and down the walls of the valley, enormous marabou storks with wingspans up to 8 feet soar gracefully on unseen currents.

At the front of the lodge, hundreds of bright yellow weavers flit in and out of gourd-shaped nests that are open at the bottom. They sing continuously, a loud, cheerful chorus that would give the Tiki Birds of Disney World a run for their money. Also in the trees by the entrance to the lodge are a hundred hanging bats, wiggling and squirming and trying to catch some shut-eye amid the din. 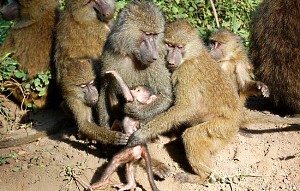 We visited Lake Manyara National Park the previous afternoon, and near the main body of water we saw herds of wildebeest and buffaloes and pools filled with hippos. Much of the park is a jungle, deep and dark, with vine-covered trees and thick undergrowth. We found giraffes and elephants and monkeys there, and twice we were completely surrounded by baboons.

At the end of the day, the sun dropped behind the valley wall, and almost on cue, flying insects poured from the undergrowth. We raced along dirt paths toward the park exit, and in our headlights they swirled like fine snowflakes in a blizzard.

On our drive to Lake Manyara, we stopped at a Maasai elementary school. The Maasai are among the largest and best known of Tanzania's 120 tribes, famous for their colorful clothes and their resistance to all things modern. 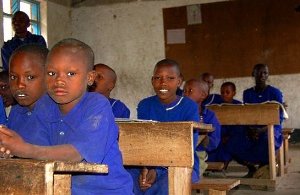 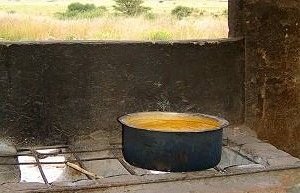 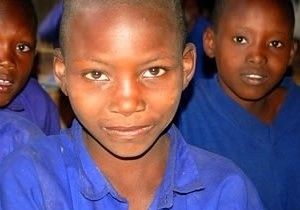 The school was in dire need of virtually everything, and Tauck had suggested we bring supplies such as pens, pencils and paper. We placed our gifts in a pile in the dirt parking lot as the teachers came out to greet us. There were half a dozen concrete buildings housing nearly 300 children in first through seventh grades, with only five teachers.

There is no electricity anywhere on campus, so no lights and no bells. There are no books -- lessons are written on the blackboard and scribbled into the single notebook each student possesses. There is no school bus, and their parents do not own cars, so the children walk to school and back each day, rain or shine, as much as 10 miles each way. Some leave for school in the dark every morning and reach home after nightfall in the evening.

Many of the students have no food to bring with them, so every day the school prepares porridge made from corn in a concrete shelter, enough to feed everyone. The sight of that meal helped us appreciate the struggle that these kids must endure to obtain an education.

In Tanzania, children speak their tribal language at home, but in elementary school, they must learn (and are taught in) the national language, Swahili. They study English as a subject until the seventh grade, and those that manage to stay past that age are taught in English from that point on.

Due in part to their nomadic lifestyle, only a minority of the Maasai have attended public school, so it is difficult to convince them to send their children there. The annual cost of public school -- about $20 -- is also a barrier to many. By the seventh grade, the number of girls in class falls sharply, as most are forced into marriage by that age -- generally to a man who is older by at least a generation.

We toured the school and visited a class of fourth graders. Judging by all the wide eyes staring back at us, we must have looked as strange as giraffes (no, stranger) clomping into the room with our cameras and watches and sunglasses and safari clothes.

The children sang to us in English and showed us their notebooks, and we congratulated them on their fine work with words they could not understand. We asked them their names and showed them where we lived on the world map, and gradually, their shyness began to melt away.

We took their pictures, and they crowded around our cameras to see their own images. Most seemed shocked to see themselves. My wife showed one curious young boy how to use her camera, then showed him the picture he had taken, which set off a stampede of giggling, 10-year-old photographers.

There were many peals of laughter in that damp, concrete bunker that day, and hardly a dry eye in our safari truck as we pulled back onto the highway.

Later that night, on the hard floors of tiny huts made of grass, mud and cow dung, the children of the Maasai would tell the story of the funny white people (wazungu) who had come to call. 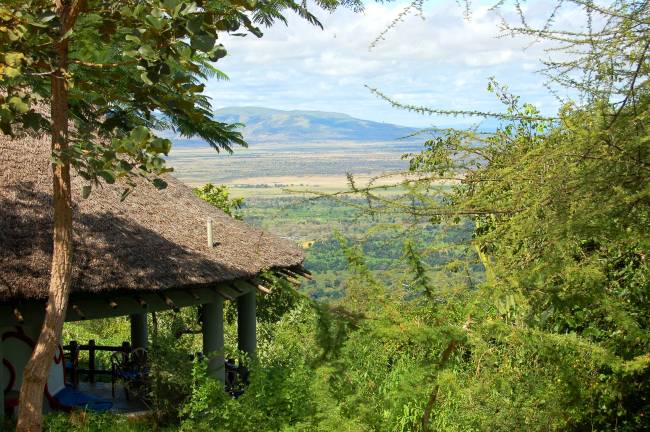 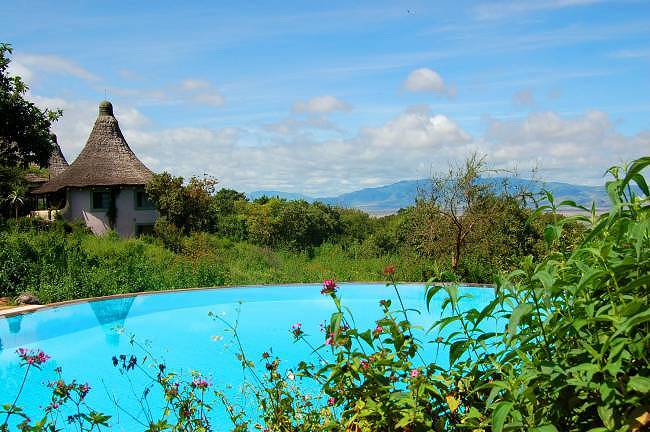 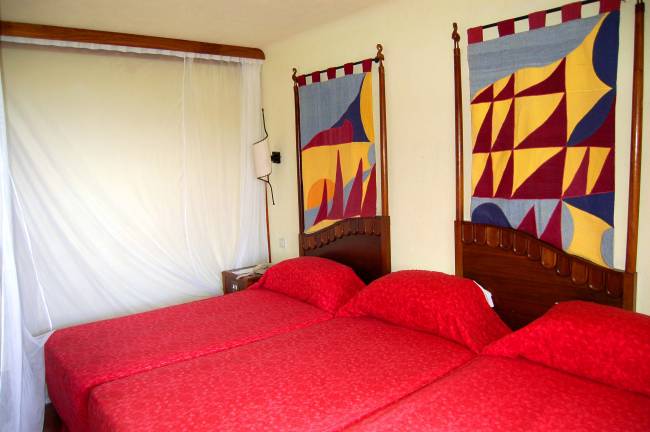 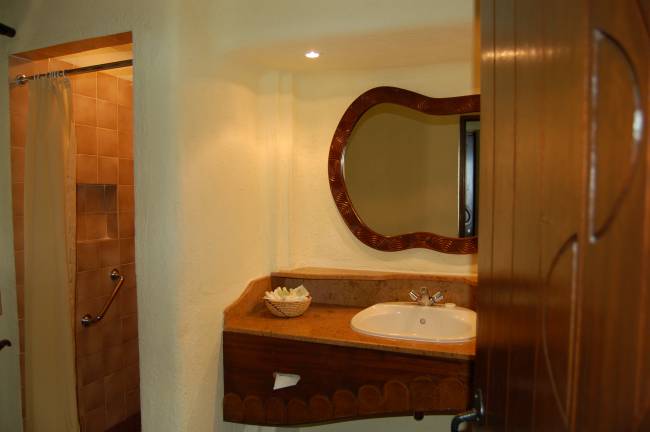 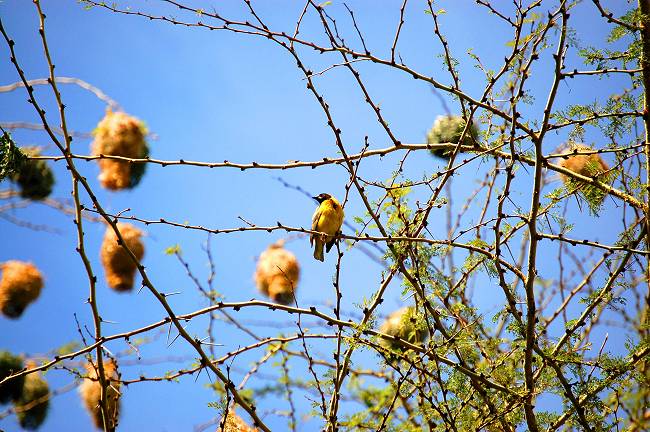 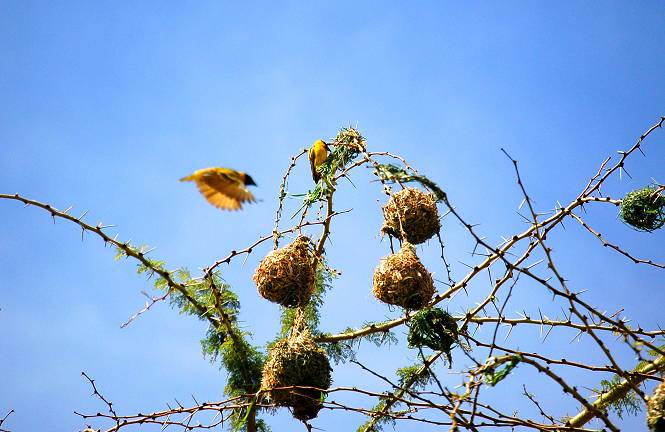 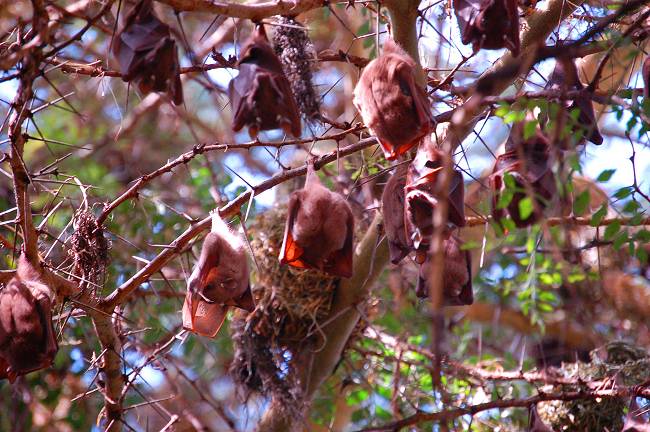 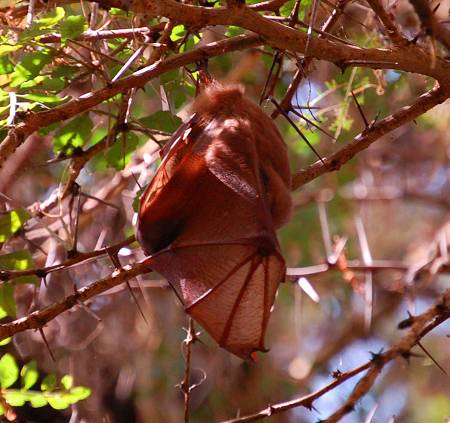 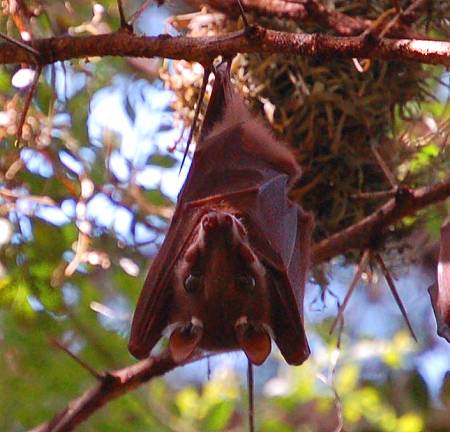 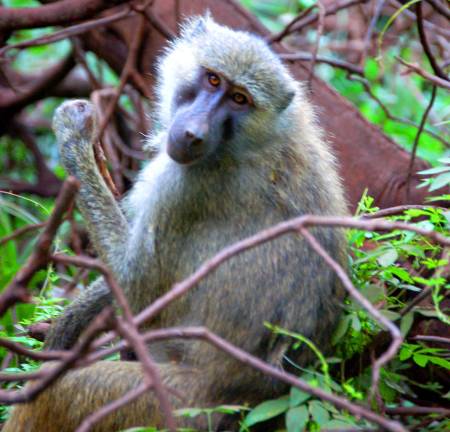 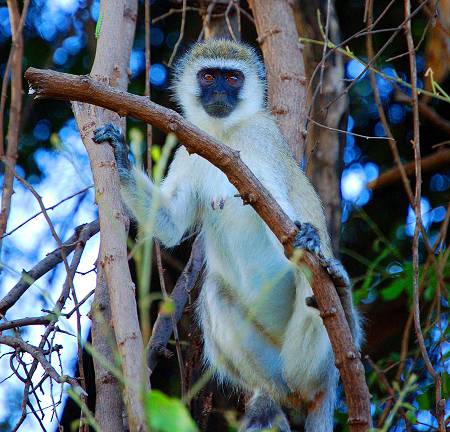 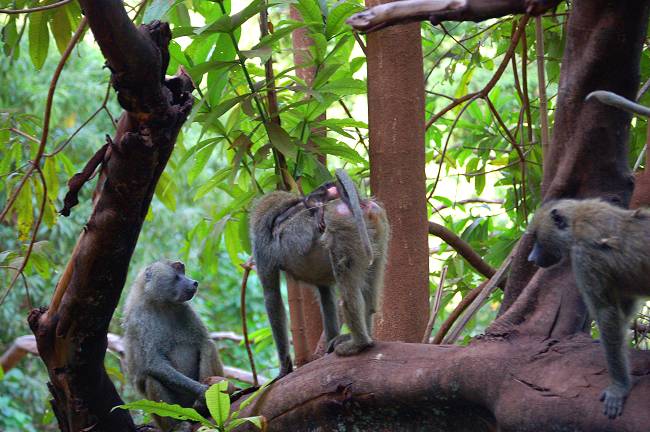 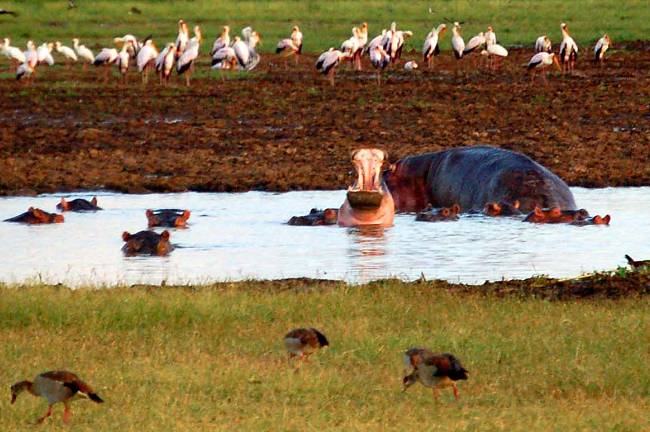 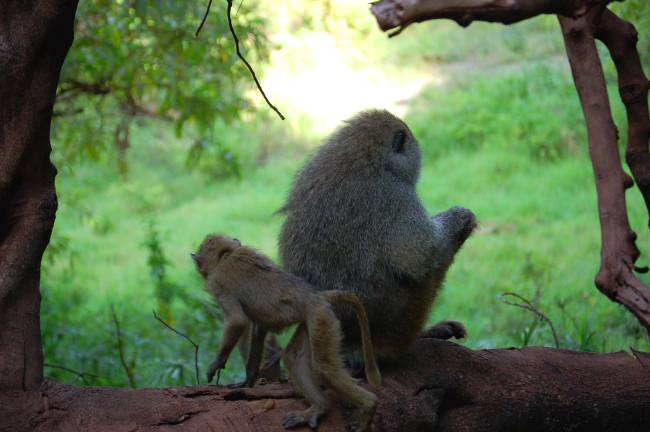 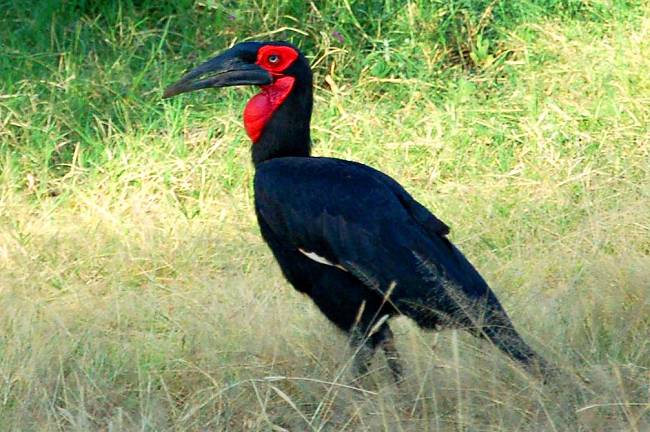 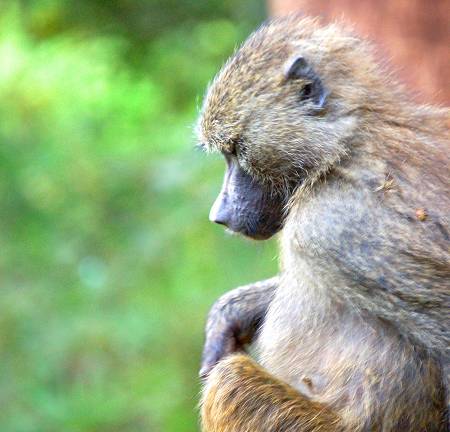 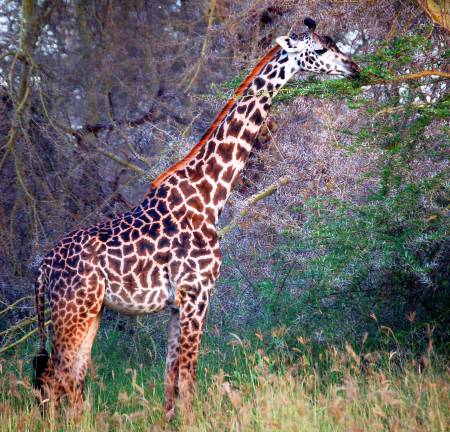 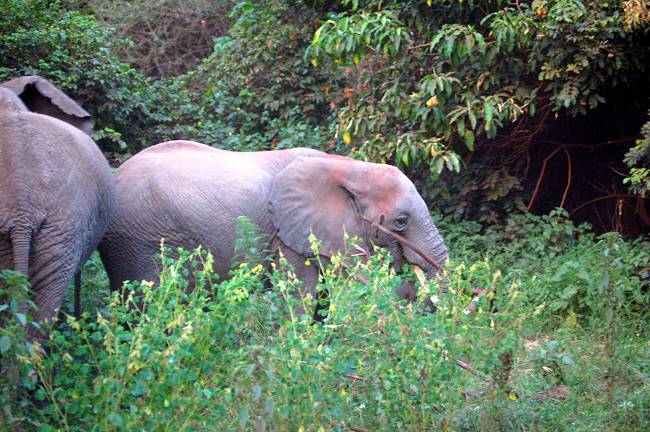 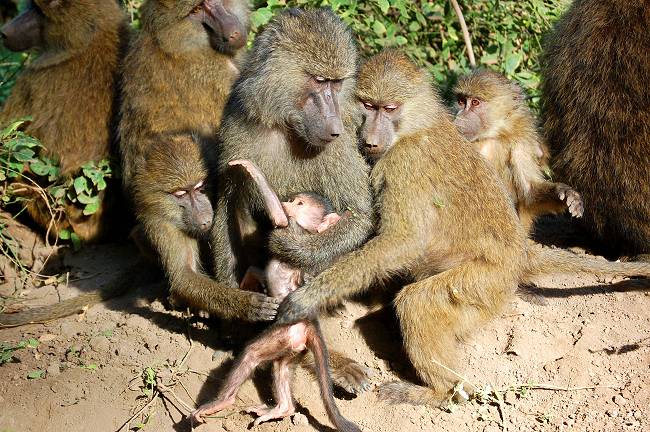 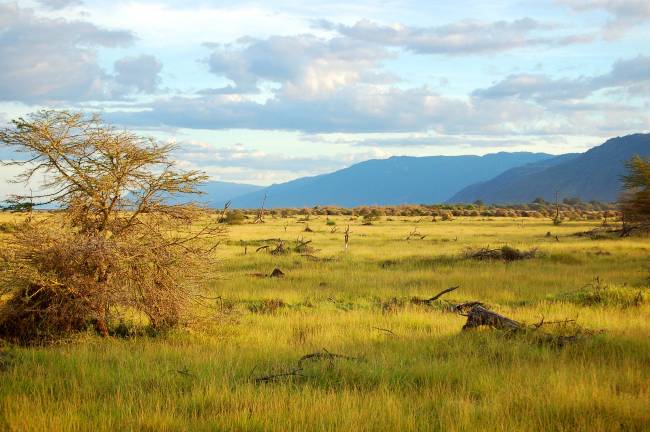 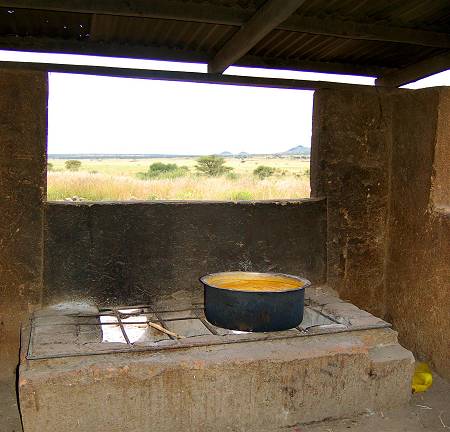 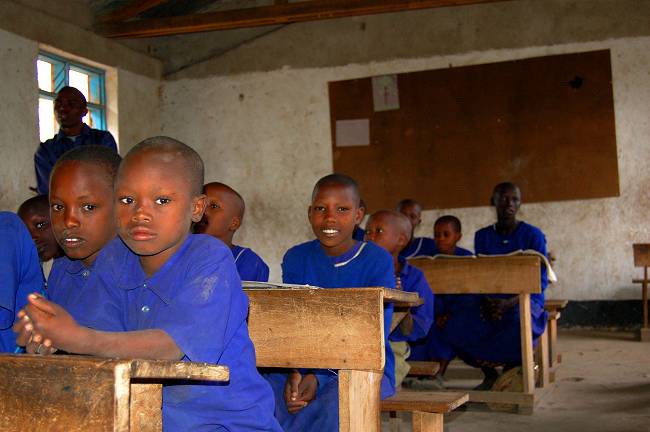 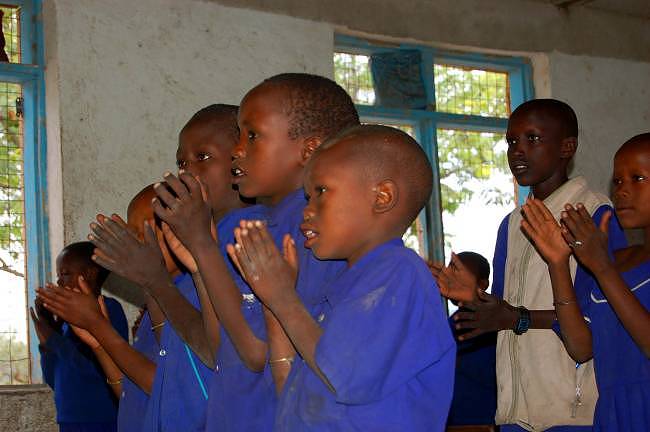 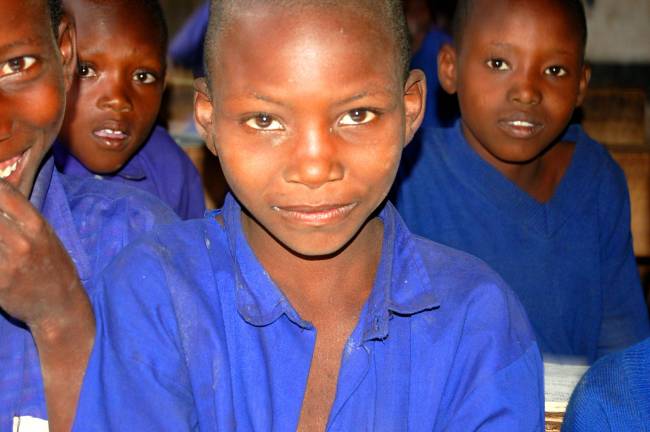